Origin of the project

On her return to France, Sister Emmanuelle alerted the public of these social issues and spoke about the heavy suffering in morale that many families are facing across France. Isolation and the weakening of family solidarity and proximity have left many populations “distraught” or “prone to malaise”.

At the end of the 1990s, Asmae decided to get involved in France and launched an in-depth study of existing social needs and systems, in order to identify the type of action that could be rolled out to individuals and families, complementing and linking with public assistance services.

After a long stage of defining the project, financial planning and finding the ideal location, an establishment opened its doors in Bobigny at the end of 2006, to help young mothers in difficulty and their young children, the top victims of poverty. 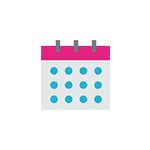 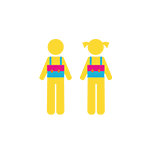 beneficiaries of the maternal centre

beneficiaries of the nursery

Number of beneficiaries: 19 mothers and 29 children

Admission criteria: mothers between 18 and 25 years old, with 1 to 3 children, one of whom must be under 3 years old, domiciled in the department of Seine Saint-Denis.

Number of places: 19 accommodation units for women with 1 to 3 children

In 2006, Asmae opened a maternal centre for very vulnerable single mothers: La Chrysalide. This centre welcomes young mothers in difficulty whose journey has gone astray. They may have experienced violence in their childhood or abandonment. We offer them a caring environment at the maternal centre so that a relationship of trust is established. It is a safe place to live, allowing them to regain confidence in their ability to build a life plan and to regain a place in society. They gradually rebuild themselves through a comprehensive social structure, psychological support and group mediation workshops. The project also supports the first years of children’s lives, which is fundamental for their development, and works on the mother-child bond. Most of all, it’s an effort to teach mothers to protect themselves and their children, so as to allow them to achieve their goals to better fulfil their role as mothers. La Chrysalide currently hosts 19 mothers and 29 children.

Admission criteria: Must be domiciled at the maternal centre or have been referred by the municipality of Bobigny

L’Île aux enfants is a family nursery made up of a team of 14 childminders who welcome children into their homes and who are supported in their work by a department head, 2 early childhood educators and a psychologist. Together, the professionals ensure children’s well-being and proper development while adopting a benevolent, attentive and respectful attitude. The team is empathetic, understanding and non-judgmental. Particular attention is paid to free play: children go at their own pace in their discovery, without being directed by an adult. The game enables them to develop thinking, reflecting and socialisation skills, as well as to have new experiences. The city of Bobigny has 12 places reserved, which promotes diversity and anchoring in the area.

Mrs J, born in France, who entered at age 19 and stayed at La Chrysalide for more than two years.